Rachael Wooten, PhD, is a Zürich-trained Jungian analyst and psychologist who has been in private practice as a therapist for more than forty years. As a child, Rachael was drawn to different religious expressions and followed her instincts to study and practice in different traditions. Her interests in human consciousness led her to the field of psychology. Given its limitations for encompassing the whole of the individual, she began Jungian studies and a deep dive into spiritual practices for her own healing, that of her clients, and members of her community.

Rachael has studied Buddhist practices and Buddhist, Jewish, and Christian texts throughout her life. She has experienced the heart-opening darshans of Mother Meera on countless occasions and has been mentored by spiritual teachers such as her Tibetan Buddhist root guru, Lodrö Tulku Rinpoche, and Rabbi Zalman Schachter Shalomi. She returns to Switzerland for yearly retreats with Rinpoche. She has studied with and participated in healing ceremonies with indigenous teachers from the Lakota, Cherokee, and Huichol traditions for over three decades.

Rachael has taught Tara practice under the authorization of Lodrö Rinpoche for more than twenty years. An active interfaith enthusiast, she has offered Tara teachings and workshops through Buddhist, Jewish, Christian, and Jungian-based organizations. A member of Pullen Memorial Baptist Church for more than thirty-five years, she leads a monthly Tara meditation group there. She is a founding member of Yavneh, a Jewish Renewal synagogue.

Rachael lives in Raleigh, North Carolina, with her two cats, Bodhi and Citta. She spends as much time as possible outdoors, finding great pleasure in raising native plants for pollinators. She enjoys having her adult children and two grandchildren living close by. Rachael’s love for her children and all creatures on Earth is one motivation for making Tara practice widely available. Her hope is that readers use these methods to nurture themselves in meaningful ways, awakening a loving relationship to all life and empowering wise and heartful responses to current global challenges so that all beings have a future in which they may thrive. 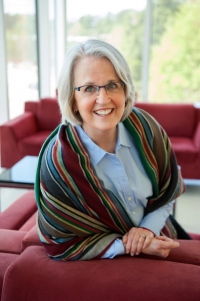 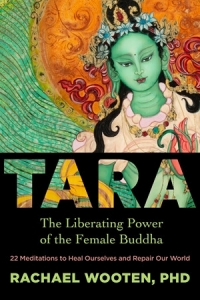